Updated WTC point table. India has moved to the top of the ICC WTC-updated points ladder. In the moved Pakistan out of first place after winning the 4th Test against England at Kennington Oval. On top of that, Pakistan now went to 2nd place. England still remains in last fourth place.

During the ongoing Test series between England and India, the Indian team led by Virat Kohli outscored England by 157 runs in the 4th Test. As a result, India played 4 matches in the ICC World Test Championship. They won 2 matches and lost 1, while 1 ended in a draw. Therefore, India has a PCT (percentage points) of 54.17. India also has the most 26 points in the WTC 2021-23 points ladder.

Also read: England vs India 2021: AB de Villiers calls on spectators to stop worrying about team selection and ‘other nonsense’

On the other side, England scored 2 defeats and 1 win out of the 4 they played, while 1 match ended in a draw. Therefore, they have a PCT of 29.17, less than all the other 3 teams in the standings. In the ongoing Test series between India and England, India defeated England in the 2nd and 4th Test. England scored a victory in the 3rd Test. The English vs India’s first Test ended in a draw.

Also read: England vs India 2021: Michael Vaughan feels that England should not have appointed Moeen Ali as vice-captain

Pakistan and West Indies have both played 2 Test matches against each other so far in ICC WTC 2021-23. Western India defeated Pakistan by 1 wicket in the first Test. Later, Pakistan tied the series 1-1 after emerging winners in the 2nd Test were tied at 109 runs. Therefore, both teams have won 1 match so far and lost 1 in the ICC World Test Championship 2021-23 and a PCT of 50. Below we look at the updated ICC WTC 2021-23 points list. 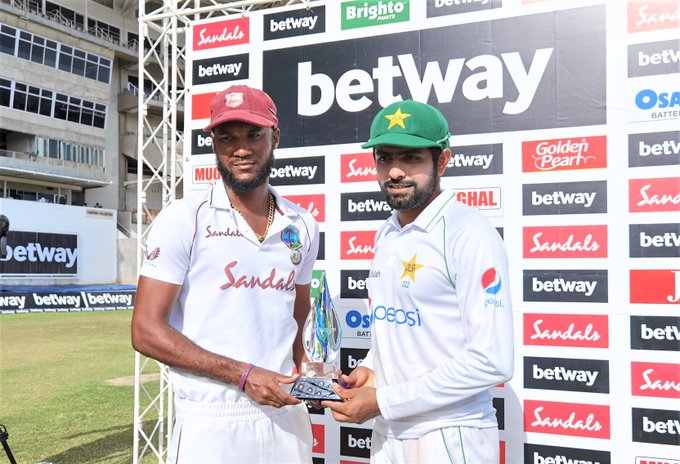 In the started their ICC World Test Championship 2021-23 with the English Tour. India have so far played four Tests against England. They won 2 matches and lost 1, while 1 match ended in a draw. As a result, India managed to earn a PCT of 54.17 and achieve first place in the WTC points ladder.

Also read: Imran Khan is one of the greatest captains to have seen the game- Ravi Shastri

England managed to win 1 match against India in the recent 3rd Test at Headingley. However, they also lost 2 matches against India, while one match ended in a draw. As a result, England have so far won 1, lost 2 and drawn 1 in the ICC World Test Championship 2021-23. Therefore, they have a PCT of 29.17 and occupy the fourth place in the updated points table of the World Test Championship.

Pakistan loses the first Test against West Indies by a narrow margin of 1 wicket. However, they returned in the second and final Test of the tour and won by 109 runs. With 1 win and 1 loss in the tournament so far, Pakistan has a PCT of 50, awarding them second place in the 2021-23 World Test Championship updated standings.

Mamelodi Sundowns coach Mokwena: Orlando Pirates was impatient with me